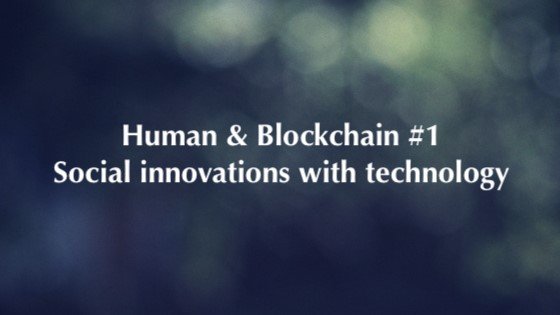 The crypto-frenzy has made people keep their eye on the latest distributed ledger technology, but also opportunists and scammers, which has jeopardised the reputation of the whole space. After a one-year-long experiment on crowdfunding by blockchain, people should not just be left a bunch of tokens without utilities but try to consider how this technology that increases efficiency, minimizes costs and enhances transparency can be leveraged and utilised in a more positive way – driving social impact. It should not be just a hype, but a solid tool on the ground contributing to innovations in various perspectives to lift up human-beings’ living quality.

BlockImpact is here to launch a year-long “Human & Blockchain Series” anthology to delineate how the distributed ledger technology(DLT) can bring massive social impacts towards every part, everybody and every place in a humanitarian approach. Throughout this year, BlockImpact will be discussing in article sections on various aspects blockchain can innovate, such as philanthropy, education, democracy, energy and financial assistance.

Of course, we start from an overall landscape!

What blockchain can beneficially contribute to a philanthropic field is activating a transparent tracking process throughout donations step by step. Thanks to the latest technology, we can recognise which donors, recipients, and intermediary involve along the way. In the meantime, smart contract layers built on blockchains are able to set up programmable conditions to avoid funds being disbursed before reach with proper and extensive KYC process on people involved in charity transactions. This no doubt brings transparency, security, integrity and cost reducing in the whole process. More and more use cases will be covered in the coming articles.

Keep it simple, and just imagine the decentralised ledger working as an immutable database. In education, all student records ranging from attendance to payments can be clearly made thanks to blockchain technology. Most importantly, without an irreversible ledger, student qualifications can be easily tampered by people who may forge or lie. Without verification by a third party, blockchain technology enables people to walk through a due diligence process of students’ multiple tertiary institutions, which could prevent hackers from breaching and altering the personal information inside institutional database.

Energy is another angle we should look into how the potential of blockchain can be amplified in real applications. Particularly, the distributed ledger can advance the efficiency of existing frameworks in both utilities and adoptions. A decentralised blockchain-based energy platform is expected to offer consumers more freedom on data control and peer-to-peer energy transactions. Thanks to smart-contract protocol, the technology can empower people to process more efficient transactions by bypassing traditional financial institutions, as well as monetising and democratising energy market simultaneously with a higher level of transparency and trust.

Besides, with the help of blockchain technology, zero-knowledge proofs are capable of facilitating repeated verification in social welfare system, which avoids sensitive data under verification without transmission and monitoring by a government body. Eventually, we anticipate blockchain technology is utilised to simplify and democratise the logistics of governmental databases. Meanwhile, in a bid to lower the level of uncertainty due to political or economic institutions, what we tend to much more rely on is technology alone – let the programmables sing. We can now ensure that the voting results are transparently and legally processed.

Cross border payment and microfinance are the prerequisites for over two billion unbanked people around the world between financial and blockchain world. Opportunities for financial inclusion are tremendous. Utilizing decentralized ledger, reducing transaction settlement costs and time, minimizing infrastructure requirements and integrating digital identity are what the technology offers the people in third world countries to unbank the banks.

It’s only a general anthology about how distributed ledger technology and social impact can go together. In the coming articles, BlockImpact will start from the angle of philanthropy, donation and charity to find their synergy! See you next week!

BlockImpact is a blog delineating what social impacts are eligibly brought by our latest tech-savvy world. 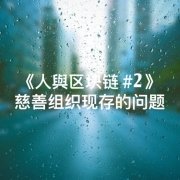 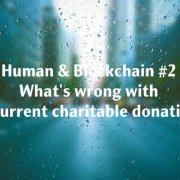 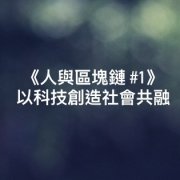 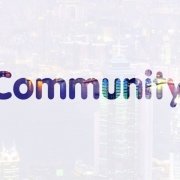 Connect better with our community